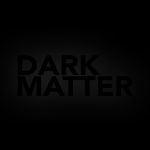 Dark Matter was not a term in my design lexicon before Coleman Collins’ presentation at General Assembly Chicago’s Design in Motion panel, but it certainly will be now.

Learning about P.F.M., Dark Matter, and asking the right questions in #design from @COLEMANICEWATER. #uxdesign pic.twitter.com/PizyBXJNEJ

According to CERN, the European Organization for Nuclear Research, “[galaxies] are rotating with such speed that the gravity generated by their observable matter could not possibly hold them together; they should have torn themselves apart long ago.” But something undetectable is giving them the extra mass needed to generate enough gravity to bind them together. That something is dark matter.

So how does this relate to design? Hill writes:

The dark matter of strategic designers is organisational culture, policy environments, market mechanisms, legislation, finance models and other incentives, governance structures, tradition and habits, local culture and national identity, the habitats, situations and events that are produced within.

It’s within these constraints that we exist as designers, and Collins emphasizes that personas, wireframes, prototypes, all of the components of design thinking are meaningless without design doing. Work is not the process, it is the outcome and without considering the constraints imposed by dark matter – that immeasurable but very real fabric of society – our thinking will lack the gravity necessary to hold itself together.